Wild and woolly weather at the Sydney Sportsfishing Tournament
Back

Wild and woolly weather at the Sydney Sportsfishing Tournament 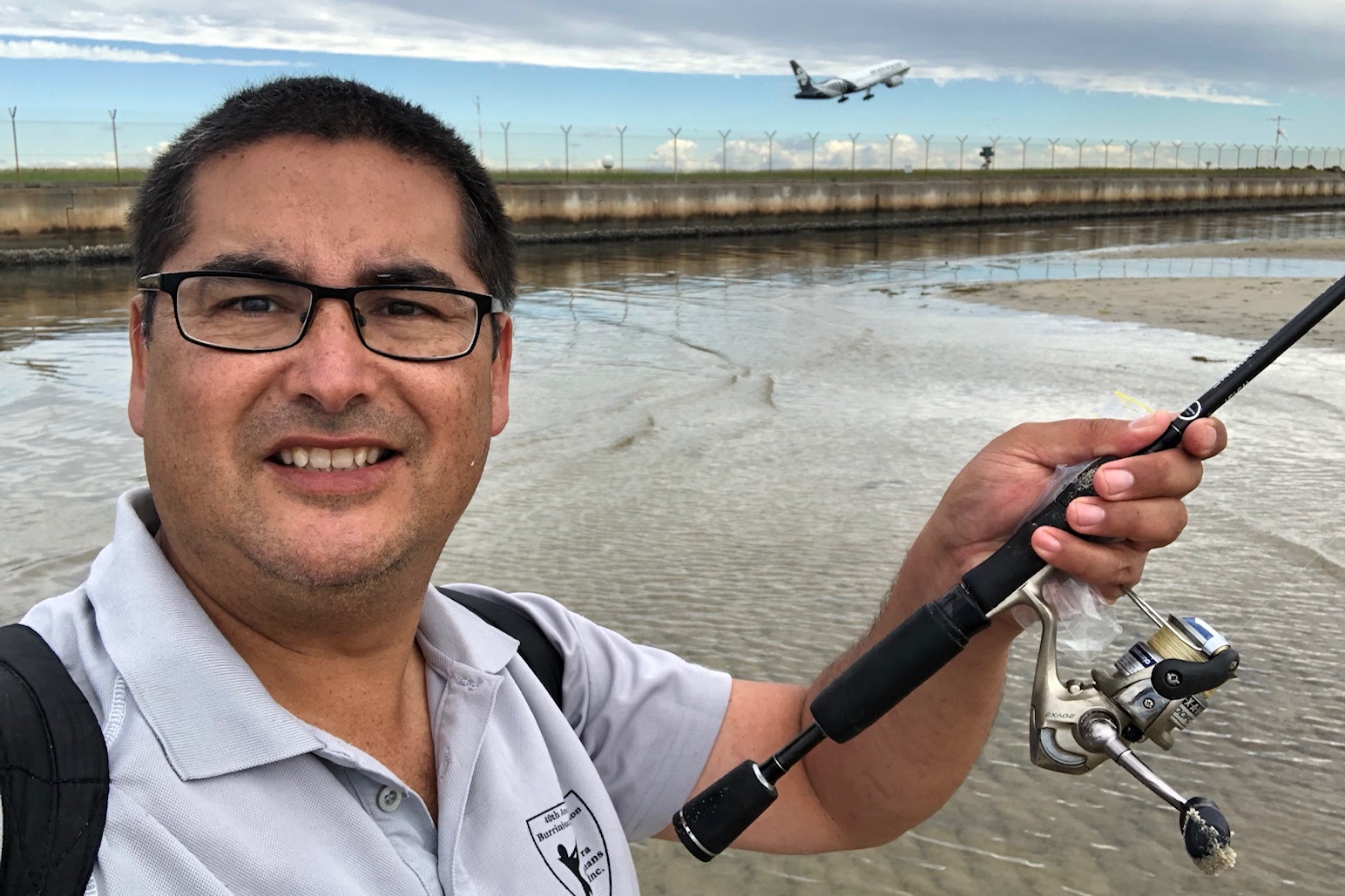 Selfie by Runway 3 at Sydney Airport on Saturday morning. A few locals told me this is a good spot to target Flathead. Unfortunately, the remnants of Ex-Tropical Cyclone Trevor resulted in a lot of stormwater run-off putting the fish off the bite. But I'm looking forward to trying this spot again next year.

Mum's 70th Birthday was 29 March 2019, so what better way to celebrate than driving up to Sydney to fish the Sydney Sportsfishing Convention. The Convention was jointly hosted by the South Sydney Amateur Fishing Association and the St George Sportsfishing Club on 29-31 March 2019.

This was only my second attempt at fishing the convention in Sydney, so I asked the guys at Global Tackle at Kingsford for some advice on land-based spots.

Unfortunately, I spent most of Friday afternoon sitting in traffic only to find some of the beaches they recommended lacked parking and was packed with bathers. I eventually finished the day at Frenchman's Bay flicking soft plastics for some undersized Flathead before catching up with the guys from Wollongong Sportsfishing Club for dinner.

After dinner, South Sydney AFA President Stan Konstantaras announced that the bluewater division was cancelled for Saturday as the BOM was predicting some pretty nasty weather. By 2.30 am on Saturday morning, thunder heralded the arrival of the remnants of Ex Tropical Cyclone Trevor, bringing with it a relentless torrent of heavy rain pounding my tent. 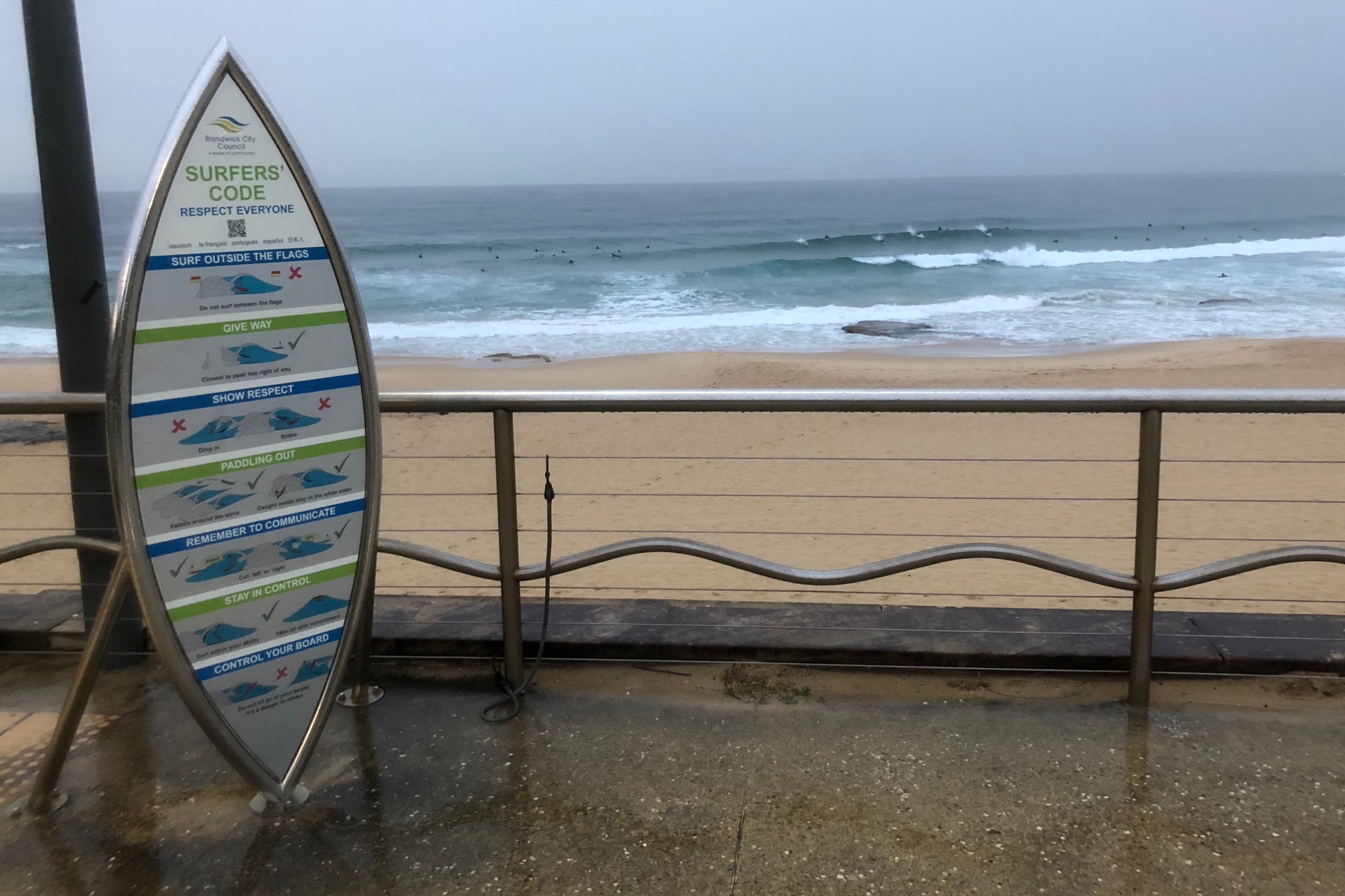 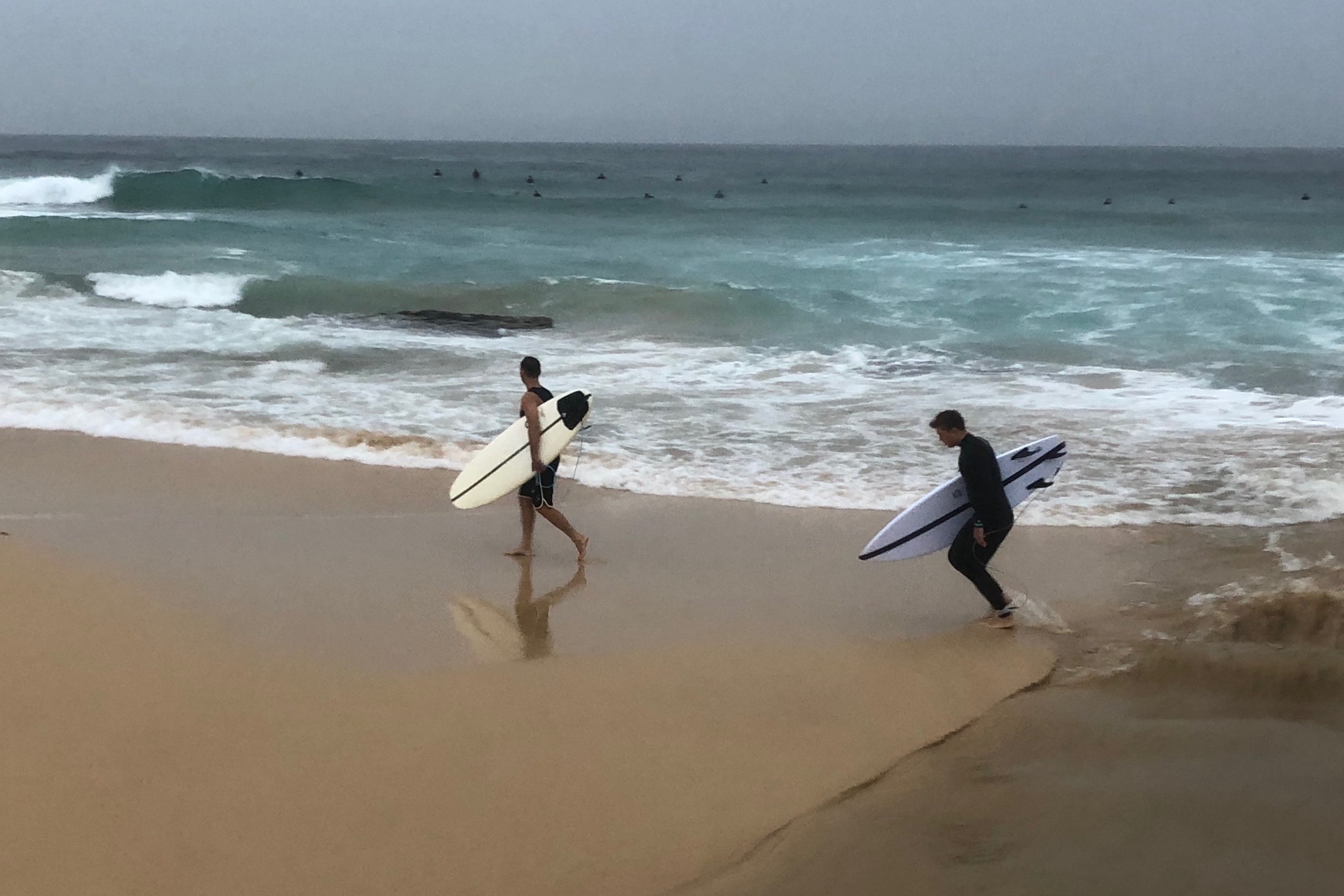 Maroubra Beach on Saturday Morning – plenty of surfers but not as many fish.

The forecast winds had not arrived, so I found the motivation to make my way to Maroubra Beach an hour before sunrise. As daylight approached, the rain continued bucketing down, I still had no fish, and hundreds of surfers began to descend upon the ocean. Time to retire to a nearby cafe for piping hot long black, poached eggs on toast and a side of smoked salmon.

After breakfast, I tried another fishing spot recommended by the guys at Global Tackle: a stretch of beach between the Port Botany Boat Ramp and the third runway at Sydney Airport. Some locals told me this was a good spot for chasing large Flathead. Unfortunately, there were none about, probably due to the stormwater runoff from the rain this morning.

After lunch, 30-40 knot winds arrived and I returned to the South Sydney AFA Clubhouse early and empty handed. However, at least I gave it a go. Terry Tatton and Chris Stolk from Wollongong Sportsfishing Club only wanted to fish the blue water, so they packed up and went home.

However, Mitch and Gordon Jobson did Wollongong proud, weighing in several duskies including Gordon's 3.35 kg Flathead and Mitch's 2.94 kg Flathead. They also came back with an impressive feed of Sand Crabs.

I wasn't joking in my article on the Nowra Convention in the March newsletter when I said Nowra Sportsfishing Club fed us the best Roast Beef dinner ever. St George SFC's members also fed us a great roast dinner on Saturday night. This time, it was beef, lamb, and a whole goat roasted on the spit.

Sunday morning was windy and freezing, and many of us were a little slower to get up for breakfast. Darryl and Finn Alwood from Sportsfishing NSW and I decided to fish Yarra Bay Beach. Darryl and Finn got busted off by a couple of Salmon.

I also hooked up a Salmon, finally giving me something to weigh in for the Convention. It tipped the scales at 1.1 kg, giving me 66 points. I just missing a top five spot in the Beach Division by one point, missing my opportunity to put the Canberra Fisherman's Club on the Champion Club Leader Board. 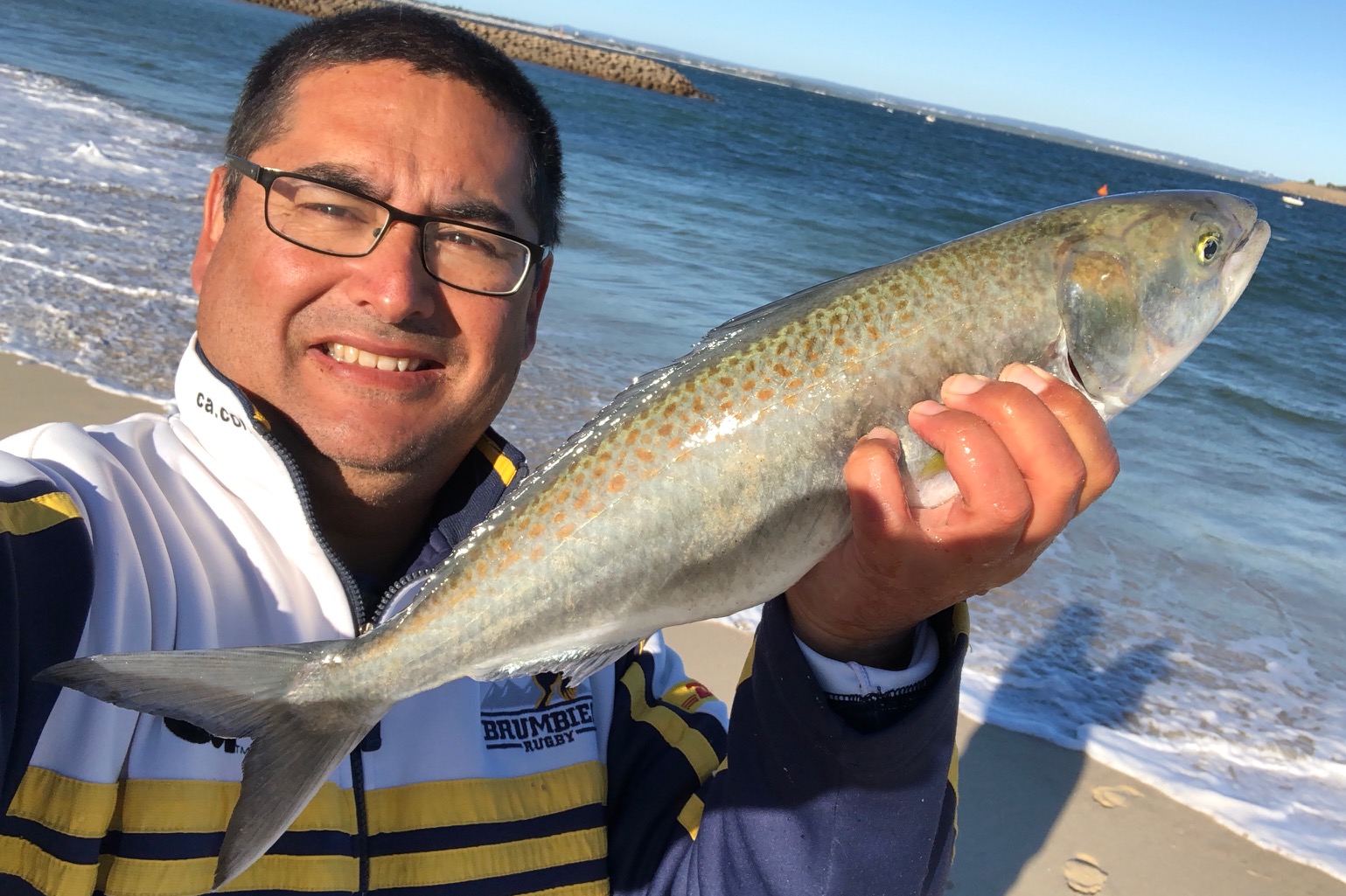 Persistence pays off occasionally, even in freezing Sydney. My only fish for the Convention was a 1.1 kg Australian Salmon on 2 kg line off Yarra Bay Beach giving me 66 ANSA points, one point shy of a top five placing in the Beach Division.

Out of the ten Clubs that fished the Convention, six made it onto the Champion Club Leader Board. Kobi and Tyler Robinson's efforts in the Junior Division put the Happy Hookers Sportsfishing Club in third place with eight points.

Mitch and Gordon Jobson took out three of the top five spots in the Estuary Division while Terry Tatton and Chris Stolk took out second and third place in the Bluewater, putting Wollongong Sportsfishing Club in second place with 17 points. But South Sydney Amateur Fishing Association claimed 54 points in total to claim the Champion Club Trophy for the 26th Sydney Sportsfishing Tournament.

This was not one of my better days on the ANSA Convention Circuit, but at least I've found a few more places to fish around Sydney. Providing Yarra Bay does not get turned into a cruise ship terminal next year, I should have a better game plan for fishing the 27th Sydney Sportsfishing Tournament.

In the meantime, thank you to South Sydney AFA and St George SFC for hosting another great Convention. 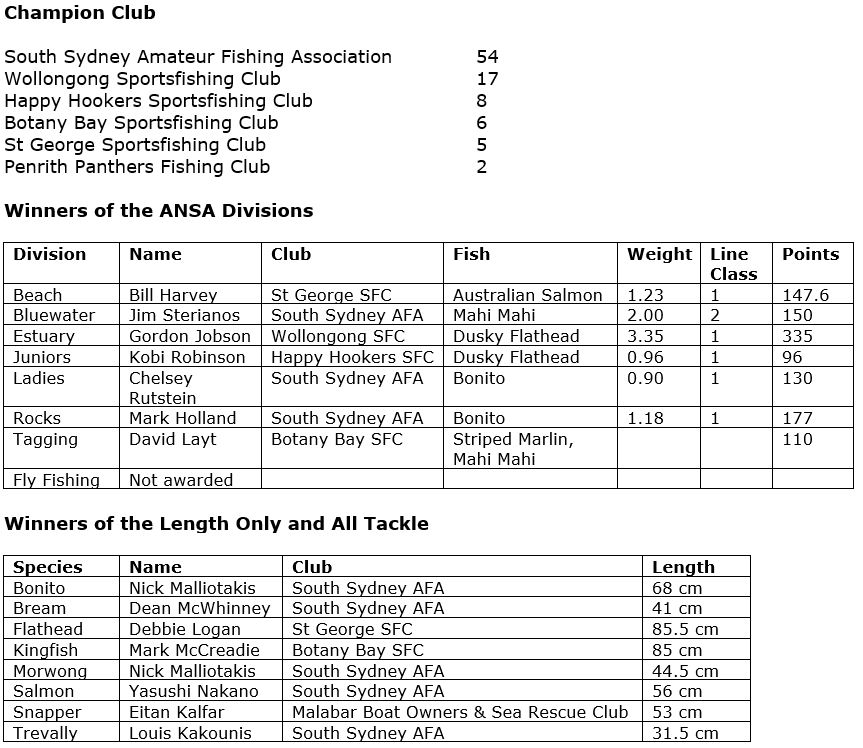